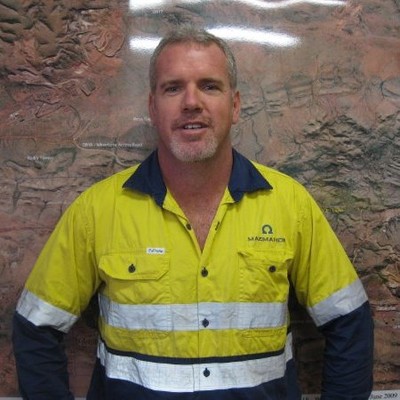 There is not only Middlemount Coal and Management up for mention in the Mackay Magistrates Court today.

This case had been adjourned for 3 months as per the Routledge case.

Please read my comments in relation to the Reply given by Chief Inspector Peter Newman to my official complaint, located about 1/3 way through this post.

THE case against BMA Coal Operations and one of its executives over the death of a dozer operator, who drowned in a pool of mud at Saraji mine, has been adjourned for more than three months.

Gracemere father Allan Houston died almost two years ago on December 31, 2018 when his dozer rolled 18 metres off an embankment.

The vehicle came to rest upside down in a pool of mud and water. The 49 year old was found in the cabin with his seatbelt fastened and tragically did not survive.

Barely 12 months after the incident, the Mines Inspectorate charged the mine giant and manager of production overburden Timothy Neil Fuller with failing to discharge health and safety obligations causing death.

It is alleged no control measures were in place to minimise the serious risks and as a result Mr Houston died.

Matters against BMA were briefly mentioned in Mackay Magistrates Court on Wednesday.

The court heard a letter had been sent on behalf of the company requesting an adjournment.

Magistrate Damien Dwyer listed the case for the same day as Mr Fuller. Matters will next be mentioned on March 23.

Excerpts From The Reply  Sent on 12th August 2020.  Attached is a Full Copy of the Reply

This is the first formal follow up as promised on the matter of my Peak Downs Complaint.

This correspondence will deal with your comments regarding the “Asset”

During your evidence at the Ministerial Board of you answered under oath that you did not obtain any legal advice before making Interpretations of the Coal Mining Act and Regulations and then putting it into effect on at least one occasion.

In short, I find it impossible to understand how anyone who professes to understand the Mining Act could ever come up with such a response.

It is against all the findings of the Moura Inquiry and its recommendations and the wording, intent and drafting Instructions etc of the Coal Mining Act.

In fact, the positions of SSE in particular and Operator were specifically framed to avoid the position of Asset that you endorse.

You are explicitly allowing the situation where the SSE answers to somebody else on site.

The Mines Department Investigation findings for the Daniel Springer fatality at Goonyella Riverside actually finds this.

This is the most relevant part of the Chief Inspectors Reply.

The full reply is attached

Key Concern 4 – It is claimed that BMA has certain mandates such as  “There is mandate to keep trucks running to meet production targets”, and “There is an asset requirement to have this mandate”, which is believed to be a formal admission that “Production before Safety” mandate exists.

    This is the assertion of the complainant not a formal admission of Production before Safety as they assert. It may reflect the business requirements but is not exclusive of the Health and Safety of Coal Mine Workers.

Stuart, Thank you for your reference material. Your assertions in the email are incorrect and…

Daniel Springer Coroners Findings. “Why did the Findings not include any reference to the SSE not being the SSE as the Mine Inspectors Investigation did?” “Why Did the Mines Department decide it was not in the Public Interest to Prosecute the Coal Mine Operator

Coppabella mine investigation reveals how fitter was crushed