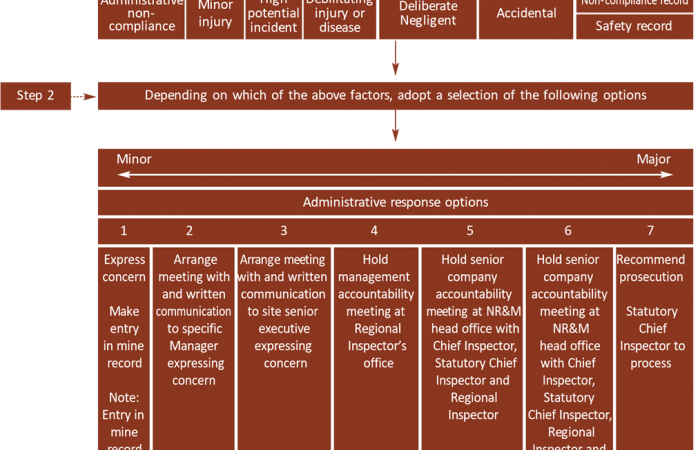 It was explained by the inspectors, that while the responsibility to ensure compliance in reporting HPls in the prescribed manner, was the responsibility of the SSE, which at the time of the incidents was Mr Tim Hobson} Mr Uhr had been delegated to deal with reporting mining matters at Grasstree Mine. The non-reporting, late reporting and inaccurate information as detailed earlier was substantially as a result of Mr Uhr’s action or inaction.

Mr Uhr responded indicating that he fully acknowledged that his conduct and contribution to the matter had not been satisfactory and that in the future, in the same circumstances where delegated to provide information in regard to reporting of HPIs he would do so in the prescribed manner,(Ref Section 198 CMSHA 1999)

“Little Britton” Longwall Ventilation Arrangement at Grosvenor Mine LW 104. How does it compare with Mine Design Guideline MDG1006? Not well.

Consultants/Researchers Cliff, Brady and Watkinson make the following comment in their Paper To provide guidance…

http://mineaccidents.com.au/mine-event/120/pike-river-nz-2010 This is a video that Mark Parcell had made a number of years ago.…