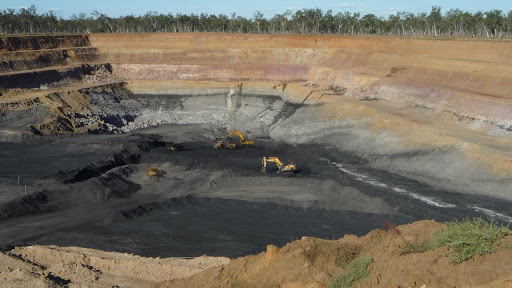 The court cases against the Middlemount Coal Mine Operator, the SSE, Mine Manager and OCE for failing to discharge a health and safety obligation over the death of David Rutledge are in the daily court lists at the Mackay Court House Today

It will be very enlightening whether there is ever any hearing where evidence is tendered, witnesses called, testimony given and cross examination and recorded on Public Transcript.

RSHQ has made no public statement that the hearing is scheduled for today.

Will RSHQ revert to type and just enter a plea deal for a guilty plea and levy of a fine at an agreed level?

It is only just over a year ago that the Coroner in the Paul McGuire was very critical of the decision by the Commissioner to drop the Court proceedings for a guilty plea.

Will so called Legislative Changes by the Labor Government really change the custom and practice of RSHQ about doing next to nothing that goes on in secrecy for years. with even their own fatality Investigation Report also staying secret forever.

My personal opinion is that there will be no statement from the RSHQ until a plea deal is reached no evidence tendered.

No loss of Statutory Certificates.

Investigations into the incident:

[33]. The Department conducted investigations into the circumstances of the incident. Their initial report and final report were available at the inquest.  Ultimately, their investigators concluded that there were certain breaches of required procedures.

[37]. The prosecution then proceeded through its various stages and the most relevant (as to Inquest Issue 5) was a letter dated 13 September 2016 from the solicitors on behalf of the mine operator and Mr XXXXX which is said to highlight deficiencies or uncertainties with those prosecutions such that the Department should accept a plea of guilty from the mine operator to one of the charges, but that the other three charges be discontinued, effectively ‘dropped’, if I use the layman’s terminology for better understanding by nonlawyers. The Commissioner, who gave evidence, said that whilst the matters raised in that letter were relevant to their consideration (it is really just the matters listed under point ‘3’ of that letter which raised three issues), they reviewed the strength of their evidence, sought further advice on the likelihood of success, and ultimately themselves determined that they would accept a plea of guilty by the mine operator to just one charge, and offer no evidence on the other three charges.

[38]. I must say I am a little perplexed if it is said that the letter of 13 September 2016 is said to be persuasive. Apart from a summary of alleged factual events, it merely raises three matters of interest[2] to the continuation of the prosecution:-

An adverse cost order and the use of court and prosecutorial resources is always a consideration but not the major consideration in any prosecution. It is the evidence or strength of the case that is of most importance. Really it is whether the elements of the offence can be proved to the degree necessary in that court. I think it is worthwhile that I set out the entirety of that part of the three-page letter directed to the alleged uncertainty of outcome of the prosecution, what someone may term ‘prospects of success’. The letter stated:

Disposition in the manner suggested would bring:

b)  Removal of the risk of a very sizable adverse cost order in the event of acquittal of either or both defendants. In this regard, we note, as an example of an adverse cost order in a preceding involving nine hearing days, the decision of Bell v Unimin Australia Pty Ltd (No.4) [2013] QMC 3. There, Magistrate Lee ordered costs in the amount of $199,577. The assessment of this amount was, in some significant aspects, on the basis of quite a conservative approach. We would envisage that recoverable costs in this matter, from a defence perspective, could be considerably more.

c) A resolution which reflects an appropriate use of court and prosecutorial resources. Obviously, the amount and costs of preparation of this trial will be taxing. While we fully acknowledge that costs are only one consideration, and that a more prominent consideration for a prosecutorial agency will be the need to uphold the law, and foster the principles of both general and specific deterrence, in our respectful submission, those objectives are best served here by securing a conviction against the corporation, rather than pursuing an individual who has very good prospects of successfully defending the charges, and risk not securing a conviction against either defendant.

39) In my personal experience, and I raised this at the inquest, if the defendant wishes to suggest that there are deficiencies in the prosecution case you usually expect that they would specify the elements of the offence required to be proved, and then highlight the specific or identified deficiencies that the prosecution then has. I could not see any of this in that letter[3], and indeed it talked about generic prosecution issues of which many are already aware. There were no specifics to highlight deficiencies in the case to be presented. I was advised there were no other letters, conferences, nor meetings etc, which placed any further material forward for the defence.

40) In view of this an objective reader may be perplexed with the decision to discontinue three of the charges, and how this single paragraph would dissuade an experienced prosecutor. Some may even take the view that if the defence cannot point to any particular deficiency in the evidence then perhaps there is no deficiency at all.  I am not critical of the Commissioner’s ultimate decision to discontinue three charges as I am not privy to all[4] of the material and advice she had at her disposal and which she considered. I appreciate she engaged experienced solicitors and Senior Counsel, so she took the correct steps. It may be, on one view, that it is simply she then had far less legal prosecutorial experience than she has in mining experience, and I mean no disrespect to the Commissioner[5] but she readily accepted that fact. Her evidence was that her forte is her extensive experience in the mining industry to which she brings great insight and independence[6].

41. I only cover these matters because it highlights to me that there are benefits in having a specialist prosecutor deal with the court aspects of the prosecution, with input from the Mines Commissioner as to mining practices (as one can readily understand how a legally trained prosecutor may not understand the mining processes). I note that during the inquest I was informed that this Inquest Issue was addressed by legislation being passed by the Queensland Parliament. Accordingly the Inquest Issue was legislatively addressed.

42 Before I leave this issue there is a point which I feel should be canvassed as it was raised in the public domain. At the inquest there was terminology used29 which was attributed to a certain CFMEU delegate or organiser that the discontinuance of the three charges and the agreement to a plea of guilty by Anglo on one charge was some ‘dirty deal’[1]. I simply say that I saw no evidence before me that there was a ‘dirty deal’. Any suggestion that there was is, in my view, unfounded and unfair to all those involved in the prosecution.

43 It may be that the comment made by the union official was made due to their personal displeasure that the prosecution of three of the charges were discontinued. Perhaps it was made to assuage their union members rather than to provide any balanced commentary on the prosecutorial process. It appears to me to be a comment made without any solid foundation31. I mention this aspect merely because professional reputations take many years to forge and should not be tarnished by any remarks or opinions which are made without the benefit of all of the facts

[2] And they are matters common to possibly every prosecution, by that I say they were hardly case specific or novel.

[4] Legal professional privilege was not waived.

[5] And I readily concede the Commissioner’s own mining experience enormously dwarfs my limited experience.

[6] And I should add for completeness that any suggestion that she was conflicted in this prosecution because she once worked for a period at a division of mining in South Africa which ultimately became part of Anglo’s global company network is noted, but it is far from being persuasive. 29 See Transcript day 4, p 6, lines 5, 17, 20.

[34]. It recommended that certain prosecutions be commenced, and I will deal with those later.
Compliance PolicyDavid Routledge FatalityMark StonePaul McGuire Fatality GrasstreePeter Newman
Related Posts

The current Crisis in Mining Safety and Health is deep seated. Events such as the…

Peter; I draw your attention to the QRC submission to the Parliamentary Committee https://www.parliament.qld.gov.au/documents/committees/SDNRAIDC/2020/1MEROLAB2020/tp-03Mar2020.pdf Yours…

Respirable Dust Monitoring. It take 18 months for Inspectors to make Grosvenor Mine test the minimum number of tests required by Regulation