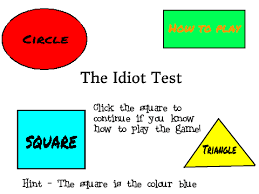 Tube 29 is sampling at the Tailgate Chute Road. Logically it has been sampling gas at the same static location for a number of weeks.

It is one of the Tube Bundle points that is being used to not only continually be analyzed for Spontaneous Combustion TARP levels.

More importantly it is being used to trend over time.

It should never be moved until at least the Spontaneous Event is under Control, the Longwall Equipment removed and the whole Longwall Panel permanently sealed. Maybe not even then as it would seem logical to keep Tube 29 as a permanent Tube Bundle Point for the Life of Mine

On the 7th of September Mr Marlborough quite correctly raised relocating Tube 29 back to its original location following the re-entry, Inspection and work activities undertaken either on the 5th or 6th of September by the Underground Mine Manager Marek Romanski and 2 Volunteer Deputies.

The Re-entry process and activities were supposedly fully Risk Assessed as noted by Inspector Marlborough on the 5th of September.

It seems obvious that moving Tube 29 was not part of the Risk Assessed Re-Entry process, otherwise I am positive Inspector Marlborough would have prevented that occurring prior to Re-Entry.

Who made the Decision while Underground to move Tube 29?

UMM Romanski was by far the Senior Official on the Re-Entry and it was by Law and Deed his decision.

Even suggesting such an idiotic decision would be an INSTANT FAIL in any Statutory Official Training, Assessment and Certification

The relocation of the Tube 29 in the TG Chute Road was discussed. Mine agreed to relocate this tube back to its original position to ensure consistency of monitoring and so that it effectively monitors the general body gases coming out of the TG Chute road. Still have CO reporting to TG Chute Road (around 160 ppm), TG end of face, tube 24 has CO at around 280 ppm and is fairly steady,

All other indicators are as expected with no cause for concern.

A discussion was held regarding the best course of action. It was agreed that it would be beneficial to be able to bag off the TG hatch and introduce Floxal gas through the TG seal. This would flush all gas from the TG end and, with the Floxal gas going in at hole 1991 would serve to flood the whole TG end of the goaf with Floxal gas. This would actually treat the heating.

A risk would be held and Mr Romanski, accompanied by a Shift Supervisor and two ERZ Controllers would proceed underground to complete the work. Mr Romanski explained that there was already a Driftrunner loaded with the required equipment ready to go. He explained that, apart from travel time, there would be approximately 30-60 minutes work to couple this inertisation line up to the TG seal. While underground these people would drain the water trap from the Methane Drainage Riser that was showing signs of the water trap being full. I asked that the Mine notify me when the work was completed

60. CW-1 was employed as a Manager - Financial Modeling - at Peabody’s Australian headquarters…