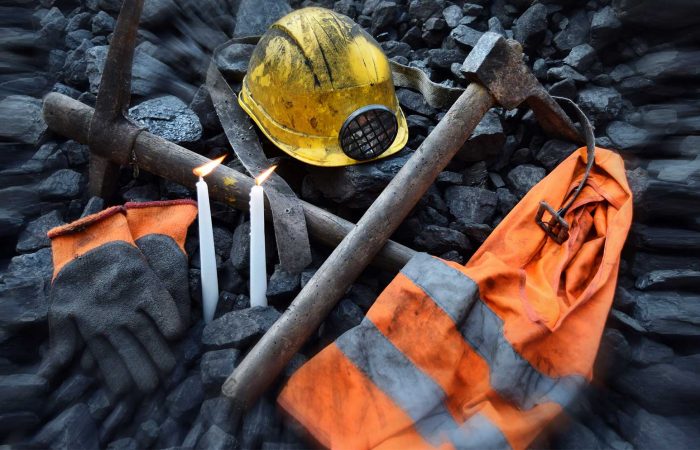 I apologize upfront for any pain the comments in this post may cause the family, friends and workmates of Daniel.

On page 18 of the DNRM Investigation Report there are a number of comments and findings made about the SSE (Site Senior Executive) was not in fact the most Senior Officer employed as per Section 25 of the Act.

41 Obligations of coal mine operators

d) to appoint a site senior executive for the mine;

e) to ensure the site senior executive for the mine—

i) develops and implements a safety and health management system for the mine; and

ii) develops, implements and maintains a management structure for the mine that helps ensure the safety and health of persons at the mine

Instead Senior Management reported to someone on site with the title “General Manager of Goonyella Riverside Mine.”

The Appointment of the SSE and the Obligation of the Operator to ENSURE that the Site Senior Executive is the Most Senior Person at the Mine EMPLOYED by the OPERATOR.

These Provisions were perhaps the most crucial of the Recommendations of Mining Wardens Windridge’s Moura No 2 Disaster.

(a) to ensure the risk to coal mine workers while at the operator’s mine is at an acceptable level, including, for example, by providing and maintaining a place of work and plant in a safe state;

The Coroners Findings published on the 23rd of February 2021 make no mention or findings in relation to the SSE at all.

I have gone through both documents a number of times.

The only Element that I can see raised in the DNRME Report that is not captured in the Coroners Court is the SSE.

Towards the conclusion of the Coroners Findings the Coroner makes the following comment in Relation to the decision of the Mines Department not to Initiate a prosecution against anyone at all.

Even worse it seems that the ONLY REASON that a Coronial Inquest is held is because the Mines Department decided that the Department decided not to prosecute anyone and in particular the Mine Operator who no doubt is a BMA Corporate Officer based in Brisbane.

DNRM decision not to prosecute

84. DNRME advised at the conclusion of the investigation they would not proceed with a Prosecution in relation to the incident and requested an Inquest be conducted in the public interest.

So it seems that the Mines Department has decided that it is not in the Public Interest to Prosecute what is in my opinion the most blatant and high level breach of the Coal Mining Act since it was enacted in 1999.

Punitive: Where it is in the public interest, we pursue punitive action in respect of recurrent, recalcitrant or particularly egregious non-compliance.

A finding made by the Inspectors themselves and included in the Mines Departments own Report.

I tell you what is in the Public Interest,

The Mines Inspectors and Department do their job as Required under the Act for a start.

Secondly, follow their own Compliance Policy developed and signed off on by then Executive Director Mark Stone who is now the Chief Executive of RSHQ as the Mines Department Safety and Health is now known

67. At the conclusion of the five days of oral evidence, those with leave to  appear negotiated  redactions to the Nature and Cause  report.  The redacted report was exhibited to the coronial brief of evidence. BMA and IMS both agreed they would address their respective client’s outstanding issues with the Mines report through written closing submissions. Mr Bulger was not required to provide oral evidence to the inquest.

The investigation revealed evidence to suggest that the appointed SSE at Goonyella Riverside mine was not the most senior officer employed who has responsibility for the coal mine as required by section 25 of the Coal Mining Safety and Health Act 1999.

Evidence given by the maintenance manager showed that he did not report to the SSE but to the General Manager of Goonyella Riverside mine.

Since the SSE did not appear to manage the maintenance manager’s routine individual development and performance review process, he could not ensure that he had the competencies required to carry out his responsibilities, and that he was effectively carrying his responsibilities as stated in the management structure.

This is contrary to section 55 of the Coal Mining Safety and Health Act 1999, which states that the SSE for a mine must develop, implement and maintain a management structure that helps ensure the safety and health of persons at the mine.

The investigation also identified a number of related findings:

Restricted Government Documents can remain Restricted for up to 100 years.