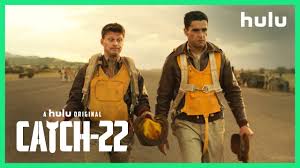 Thank you for your reply dated the 27th of February 2020.

As a member of the General Public who has read reported findings and recommendations of the Dreamworld Coroner Report, I have to say that I am very confused.

In your reply you state in part

It is beyond the scope of this Inquest, or the jurisdiction of the Coroners Court, to examine the broader institutional issues that you have identified.

Could you please explain the Relevant Provisions in the Coroners Act or elsewhere how it is “beyond the scope of the Inquest or the jurisdiction of the Coroners Court?”

In the notices I was directed to

In the notice were the following points 7 and 8

Not least given the findings of Dreamworld, I cannot understand the Coroners attitude.

It seems that Coal Mine Workers are caught in a Joseph Heller style Catch 22 situation.

I note at the end of your correspondence that you

“do not intend to correspond further with you at this time.”

However, could you please reply as I do not understand a number of matters.

As contained in this correspondence, in particular how it is

“beyond the scope of the Inquest or the jurisdiction of the Coroners Court?”

You may not be aware, but a new term is gaining currency among coal mine workers, driven mainly by the lack of action by the Mines Department.

Given the number of fatalities, the absence of any information from the Mines Department and the lack of Public Inquiries since at least 2010 into Coal Mine Fatalities, its not hard to see why this is the case

A CATCH 22 DEFINITION and EXAMPLE

A “Catch-22” is “a problematic situation for which the only solution is denied by a circumstance inherent in the problem or by a rule.” For example, losing something is typically a conventional problem; to solve it, one looks for the lost item until one finds it. But if the thing lost is one’s glasses, one cannot see to look for them — a Catch-22. The term “Catch-22” is also used more broadly to mean a tricky problem or a no-win or absurd situation.

In the book, Catch-22 is a military rule typifying bureaucratic operation and reasoning. The rule is not stated in a precise form, but the principal example in the book fits the definition above: If one is crazy, one does not have to fly missions; and one must be crazy to fly. But one has to apply to be excused, and applying demonstrates that one is not crazy. As a result, one must continue flying, either not applying to be excused, or applying and being refused. The narrator explains:

There was only one catch and that was Catch-22, which specified that a concern for one’s safety in the face of dangers that were real and immediate was the process of a rational mind. Orr was crazy and could be grounded. All he had to do was ask; and as soon as he did, he would no longer be crazy and would have to fly more missions. Orr would be crazy to fly more missions and sane if he didn’t, but if he were sane he had to fly them. If he flew them he was crazy and didn’t have to, but if he didn’t want to he was sane and had to. Yossarian was moved very deeply by the absolute simplicity of this clause of Catch-22 and let out a respectful whistle. (p. 56, ch. 5)

Grosvenor Mine Inquiry KEY ISSUE 6. “The measures which ought to be considered or investigated for the purpose of avoiding a similar serious accident occurring in the future.” RECOMMENDATION 1. Methane Explosion Research Project and Training for Statutory Officials

Sir Humphry Davy and the coal miners of the world: a commentary on Davy (1816) ‘An account of an invention for giving light in explosive mixtures of fire-damp in coal mines’

Sir Humphry Davy and the coal miners of the world: a commentary on Davy (1816)…