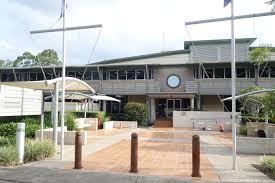 Today I went to the Queensland State Archives.

With the assistance of the Official Researcher we conducted an hour long search for any associated documents such as the actual Coal Mine Explosion Research Project.

Besides the actual Cabinet decision we were unable to locate any associated documents.

Even Mr Vaughan’s Ministerial Diaries are not able to be located at this time.

I was informed that the State Parliamentary Library would have a copy of any published Report. Minister Vaughan on page 3 of the Cabinet Minute states

It is my intention to release the public version of the report today, following which copies will be
sent to those who contributed and to organizations both here and overseas which could benefit from the information.
A draft media release is attached.

I then searched the online data base of the Parliamentary Library, and then rang the Library itself for assistance.

They were unable to locate the Report either.

I was informed that if the Report was not published it would not be in the Library.

Anglo “Learning From Incidents” Investigation 6th May Methane Ignition provided to Queensland Mines Inspectorate on 5th June 2020. Still yet to be Mentioned or Tabled at the Grosvenor Mine Inquiry with Public Submissions Closing in 11 days

There are no further Mines Inspectors scheduled to give evidence at the Grosvenor Mines Inquiry.…

The Sherwood Curtain now becomes control introduced in the Tailgate. My question on…

To Peter Newman  Chief Inspector of Coal Mines; It is now over 3 years since…