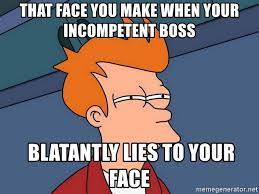 Well seems like the Management at Carborough Downs are going to be very fortunate indeed.
There is a legal precedent eerily similar from 2007 Prosecution under the 1999 CMSHA Act involving BMA Coal.
I am certainly not any sort of Lawyer. But precedence, then Custom and Practice I do understand.
Unless there is some sort of legal miracle, no-one will ever put their hands on a bible over the death of Mr Duxbury, and the Public will never see the Investigation Report itself.
Luckily the geniuses at RSHQ and WHS Prosecution already have a ready made solution/template from 2007.
I have no doubt there will be an announcement by the RSHQ Chief Inspector in about 6 months. (Maybe hoping the Public have forgotten about this likely huge legal stuff up).
It will triumphantly announce a settlement from a Prosecution.
Carborough Downs will agree to pay the maximum allowable fine and the RSHQ will receive monetary compensation for costs of Investigation and Prosecution.
Then the Management will have to appear in Brisbane before the CEO of RSHQ Dave Stone and CIOCM Peter Newman, “to explain improvements made or to be made in operating procedures at the mine to manage the recurrence of the factors underlying the incident the subject of the prosecutions, as identified in the secret from the Public Department’s safety investigation report.”
How Carborough Downs Management must be trembling in their boots about that.
The most obvious question is how the issue of having to only appear in an Industrial Magistrates Court arose in the first place?
Surely after getting belted in the face by this mistake in 2007, making sure to only appear in an Industrial Magistrates Court would the first MUST DO.
How does Workplace Health and Safety get this so wrong first up?
Carborough Downs Barristers must have been laughing and laughing when this fell in their lap.
SANTA has been very generous this year.
This is from the Mackay Mercury story of the 13th of December.
The hearing for the matters began on December 9 in Mackay Magistrates Court where Mr Uhr’s barrister Christopher Murdoch and Mr Futeran’s barrister Peter Roney brought an application to dismiss the matter on the argument the complaint was invalid.

The pair argued this meant the complaint was invalid because it was not brought into a court with the jurisdiction to hear the matter resulting in a contest of legislative interpretation between them and Work Health and Safety’s barrister Glen Rice.

https://www.qldminingcrisis.com.au/2021/12/13/carborough-downs-mine-hearing-into-death-of-brad-duxbury-delayed/
Below are the Decisions and Mines Department Announcements from 2007 and 2008
BMA Goonyella Riverside Decision word.doc.pdf
BM Alliance Coal Operations Pty Ltd and Byron Hamilton Zietsman AND Brian Lyne (C/2007/31) BM Alliance Coal Operations Pty Ltd and Byron Hamilton Zietsman AND James Gordon and Brian Lyne (C/2007/43)
The Decision while not the easiest one to read can be summarized as
1. The argued that the original complaint was made to a Justice of Peace, not an Industrial Magistrate.
2. The Judge decided that the summons was less misleading than Chew Ying in 1913. It was accepted.
3. But they were arguing about moving the hearing from Moranbah to Brisbane to save costs.
4. There was a step up Magistrate who seems not to have appreciated that he was supposed to be an Industrial Magistrate.
5. There was an appeal about moving the court to Brisbane.
It was thrown out. Because they had been in the wrong court.
BHP voluntarily paid the maximum fine 300,000 plus the prosecution costs of 236,000.
Then everyone went home happily ever after.
What prosecution????

BMA Coal Operations will pay $300,000 toward coal mine safety research in Queensland, following an out of court settlement in the Industrial Magistrates Court in Brisbane on 30 January 2008. The company also agreed to pay $236,000 to the Department of Mines and Energy for investigation and court costs

Queensland’s Coal Mining Safety and Health Act 1999 in relation to an incident at Goonyella Riverside mine west of Mackay on 28 July 2004. Maximum fines under the Act were $300,000.

The charges arose after two workers were injured by a large quantity of falling mud while trying to clear a build-up of mud from under the body of a large excavator. One man suffered a fracture to the lower lumbar area of his spine and a fracture to his right ankle while the other suffered a split spleen that had to be removed

The site senior executive of Goonyella Riverside mine, Mr Ben Zietsman, will meet with the department’s Safety and Health Division to explain improvements made in operating procedures at the mine and any additional improvements which were identified in the Mines Inspectorate’s safety investigation report.

These improvements are essential to prevent any recurrence of such an incident at any mine. The payment is significant and signals the Queensland Government’s strong commitment to use the full force of the Coal Mining Safety and Health Act to improve safety for all workers in our mining industry.