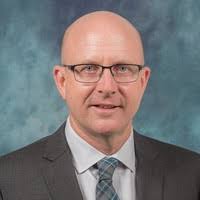 What can you say?

Carborough Downs Mine hearing into death of Brad Duxbury delayed

A ruling into the death of Central Queensland mine worker Brad Duxbury has been delayed. Here’s why

Lawyers for the senior executives charged after a father was crushed to death at a Central Queensland mine have attempted to quash charges on a technicality.

They are charged with failing to discharge health and safety obligations.

Mr Duxbury, a 57-year-old underground electrician, was crushed to death from falling coal while fixing machinery at Carborough Downs mine, about 20km east of Moranbah, on November 25, 2019.

The hearing for the matters began on December 9 in Mackay Magistrates Court where Mr Uhr’s barrister Christopher Murdoch and Mr Futeran’s barrister Peter Roney brought an application to dismiss the matter on the argument the complaint was invalid.

The pair argued this meant the complaint was invalid because it was not brought into a court with the jurisdiction to hear the matter resulting in a contest of legislative interpretation between them and Work Health and Safety’s barrister Glen Rice.

Acting Magistrate Athol Kennedy adjourned the matter for lawyers to make further written submissions. The case was listed for January 17.

Peter; I draw your attention to the QRC submission to the Parliamentary Committee https://www.parliament.qld.gov.au/documents/committees/SDNRAIDC/2020/1MEROLAB2020/tp-03Mar2020.pdf Yours…

82 cubic metres per second of ventilation on Grosvenor LW101 Face in September 2016 to dilute methane below 2.5%

Could Keystone Cops do a better job?