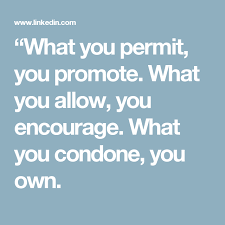 Resources Safety & Health Queensland (RSHQ) reviews its risk profiling and response practices with a view to ensuring that it operates as a proactive regulator.

REALLY, THAT IS THE BEST THEY COULD COME UP WITH?

This is the same RSHQ and Inspectorate that said this in a Mine Record from 9th May 2018, and then did SWEET F.A.

We explained that the mine had reported 32 HPI’s since LW 102 had commenced production in January 2018. This represented 60% of all HPI’s in Queensland associated with Methane greater than 2.5% in Longwall TG

It was also acknowledged that continued HPI’s with Methane greater than 2.5% was not satisfactory and the mine must ensure that such HPl’s are minimised, and preferably eliminated going forward.

To let CEO STONE and the SAME GROUP OF INSPECTORS to REVIEW how RSHQ conducts its RISK PROFILING and RESPONSE PRACTICES with a VIEW to ensure it operates as a PROACTIVE REGULATOR.

The Current Compliance Policy was signed off by now CEO Mark Stone when he was the Executive Director on the 21st November 2017.

Recommendations 2, 3 and 4 Mines Department (RSHQ) Compliance Policy. Grosvenor Mine Inquiry KEY ISSUE 6. “The measures which ought to be considered or investigated for the purpose of avoiding a similar serious accident occurring in the future.”

The Stone Compliance Policy replaced the previous version signed off by then Minister Geoff Wilson in 2009.

In my view it is plainly a complete conflict of interest for RSHQ to Review itself.

Just how much more could any group of Management have done to become top of the Mines Inspectorate HIT PARADE, than Anglo Grosvenor?

Level 3 Compliance Meeting April 2017. SSE Foulstone found guilty of giving instructions to statutory officials whilst not being in the possession of a statutory certificate of competency. Glenn Britton continues to argue

Dobson Methane S166 Directive Dec 2016 does not force Grosvenor to take action about controlling methane. All it does is tell the Mine to make sure workers are withdrawn to a place of safety when Methane >2.5 in each place used by a person for normal work or travel and it is immediately reported to the Inspectors.

A 4 month Inspectorate Investigation into June 2016 Development Roof Fall Trapping 4 Mineworkers at the Face, immediately after a Unilateral Management Decision to stop installing 8 metre Cable Bolts. It just disappears into the Mines Inspectorate Veil of Secrecy.

Is there interest in Public Meeting in Moranbah about Grosvenor Mine and Mines Inspectorate August 24th to 26th?