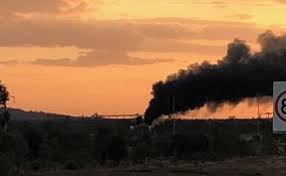 I fear for the future of Under Ground Coal Mining in Queensland.
As an old retired Miner those are hard words to say.
But the question has to be asked about the consequences of another Grosvenor, North Goonyella, or Moura or Box Flat style disaster
If there is One more bad incident will the Industry lose its “social license”?
Question will be asked about idiots blowing up workers and mines.
Can it be justified?
By the public, by insurance companies, by banks

Most of the corporate types are not coal miners, so they rely on others.

The Mines Inspectorate (RSHQ) seems to be a toothless, incompetent organization still run by the same small secretive Cabal of Public Servants who are above any scrutiny.

The industry has shown by Grosvenor and North Goonyella, it is very poor when it comes to coal mining knowledge.

Anglo is/was by far the biggest players in Underground Coal Mining in Queensland.

Both Anglo and Government say we have most modern equipment in world, the best legislation, the management practices, best people. Etc. etc. etc.

Will the decision be made that is easier and safer to just keep digging deeper and deeper in the open cuts?

Anglo Moranbah North being producing since 1998

Management Incompetence and Inadequate Oversight by Mines Department. Is it killing the Underground Coal Industry in Queensland?

Grosvenor Inquiry. There were, can I suggest, 27 methane HPIs on longwall 102? There was an acknowledgment that continued HPIs with methane greater than 2.5 per cent was not satisfactory and the mine must ensure that such HPIs are minimised and preferably eliminated going forward?

At the Grosvenor Inquiry, Inspector Smith was taken to the MRE of the 8th of…