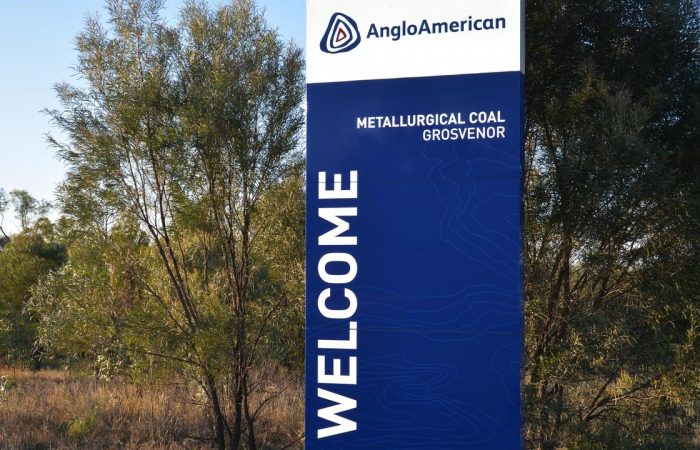 Inspector Gouldstone Inspects the Mine on the 26th of October 2017 and as part of his MRE relates a number of points and issues with the floor heave, floor blows (methane inrushes) that have occurred in the last 2 months in MG 103.

2. Identify SHMS controls to be developed or reviewed specifically for identifying, managing and controlling the risk of uncontrolled methane releases induced by floor heave. Provide the Inspector with a report of actions taken immediately and proposed actions to address the issue. (to be completed by 26/05/17)

The worst of these floor heave, floor blows (methane inrushes)resulting in Ventilation peak of 4.64% Methane through Auxiliary Fan and a quantity of 240 cubic metres of methane(above normal background) was liberated – 1200mm floor coal left in floor.

The Development has progressed beyond 29CT where the sequence was amended to include a short drill stub in the 29CT to allow coring and two flanking holes for B and C headings.

26/10/17 – last night there was another minor event where again floor coal had been left just inbye 29CT in C heading, details are still to be assimilated.

Floor heave has been a feature occurring over 300m depth but the gas emitted has not always been identified.

MG 102 had problems with floor heave in cut throughs where heavy roof conditions were also present (tell tale movement and centre line cracking) however the floor lift in MG 103 is in the roadways and the cross cuts are generally more stable .

The support regime in MG 103 has been upgraded from that originally installed in MG 102.

Mr Bull indicated that upon ‘digging-out’ the sites of the floor-blow incidents the lifting was not deep seated but just the bottom ply failing.

In future methane drainage holes will be drilled to periodically touch floor as at the moment most are in the upper half of the seam and it appears that the Tonstein band is acting as a cap rock.

The Mine has instigated a Floor Heave and Gas Release Management team who are continuously monitoring progress and all parameters to identify potential causes and solutions.

I have read through the sets of minutes provided to familiarise myself with the action being taken.

The matter is receiving constant attention with monitoring of the environment under continuous scrutiny,

An ICAM has already been forwarded to DNRM relating to this matter and deals with appropriate remedial action.

A fire on two surface compressors was found at approximately 05:45am by some surface workers. The compressors ventilate a blind shaft, Shaft 7, above 29CT MG103. Shaft 7 is not connected to underground workings. The surface fire response team was mobilised and the fire contained by 06:20am without injury.

The investigation highlighted a number of improvements which could be made associated with, design operation and maintenance of compressors including how they are introduced to site and the precautions in regard to fire. This included the standard of installation, fire barriers, with inclusion of thermography and vibration monitoring.

An earlier incident had occurred which resulted in an injury which drove the decision to remove the ‘chock-stoppers‘ on the main-gate drive.

This subsequently put the MG camera in line of fire and the lens was damaged when a support was lowered damaging and compromising FLP enclosure.

The Mine has repositioned the camera accordingly.

This was as a result of a floor blow incident and is covered later in this MRE.

I undertook to read and contact the Mine with feedback by separate means in regard to this document.

The crib room was in good condition with all appropriate facilities and reference matter.

We examined the district fully and I was shown all the characteristics relevant to the floor emissions recently encountered and the site of the precautionary/exploratory coring and relief holes established in 29CT.

Those characteristics were as described earlier and referenced in the multitude of documentation surrounding the activity which demonstrates a very conservative and safety first approach to the current situation.

The newly established cooling shaft at 28CT was suitably barricaded. I was also shown the precautionary relieving holes drilled from the LHS of B heading.

We covered the items detailed in this MRE and there was no need to give either a Directive or SCP. Mr Needham explained in detail each of the Development briefing documents listed earlier.

I undertook to read the Grosvenor LWIOI Issues and Learnings for LW102 document dated September 2017 and provide feedback to Mr Garde.

North Goonyella Mine Fire 27th September 2018. “Products of the spontaneous combustion event were visible at the main fan evasee during afternoon of 26/9/2018 PM and again today at 0800hrs”” GAG not placed on standby at this stage”. “Strategy is about bringing the event under control by placing plugs in strategic positions”