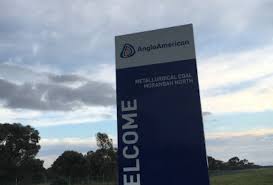 While the Grosvenor Mine Inquiry hearings have been in its current tranche, its Anglo Sister Pit Moranbah North has had no workers permitted underground following what they characterised as an “Overpressure Event ” on the 20th of February 2021.

The Courier Mail published an article on March 5th, from which I have extracted several paragraphs below

A mining giant is planning a re-entry to a Central Queensland mine almost two weeks after it was evacuated following elevated gas levels.

Anglo American is completing a risk assessment for workers to re-enter Moranbah North mine, which still needs to be approved by mining regulator Resources Safety and Health Queensland.

The mines inspectorate met with Moranbah North’s management and technical experts this week and received an update on the mine’s investigation,” the spokeswoman said.

“The Queensland mines inspectorate’s directive preventing entry to the underground workings remains in place at this time.”

Where are Anglo up to with Re-Entry nearly 3 weeks later?

I hear that the main water sump in the Mine (LW 112) lost ventilation due to flooding and water has been building up.

If true that could be a major problem.

Seals are not rated bulkheads (bulkheads are typically rated for 10 metre water head pressure) to resist the hydraulic pressure water exerts as depth of water increases.

Also any flooded roads will have to be recovered, which also often means re-supporting the roof and ribs.

An Assessment would also be needed as to whether any existing seals that have been under water can still be rated as they were.

This might mean that a whole new set of seals need to be built.

Maybe Anglo or even the Mines Inspectorate may enlighten the public in Queensland?

I am not holding my breath

Moranbah North Mine. Why are you running 3 Tomlinson Boilers, 2 Floxal Units, 3 Nitrogen Plants, and a Nitrogen Foam Plant if there is no active heating in 605 Longwall Panel?

http://mineaccidents.com.au/mine-event/120/pike-river-nz-2010 This is a video that Mark Parcell had made a number of years ago.…