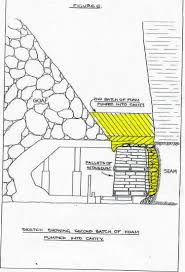 We have heard at the Grosvenor Inquiry from the opening statement of Counsel Assisting the Inquiry Jeffrey Hunter QC  on Tuesday the 9th of March 2021 about the possibility of the ignition source being a caused by PUR reaction driven spontaneous combustion event.

I have gone through the transcript of Hunter QC opening statement before Mines Inspector Stephen Smith gave evidence as the first witness.

I have collated all the sections dealing with PUR that without doubt will form the basis of how this scenario is the “most likely cause” of the Methane Explosion that critically burned 5 mineworkers.

A localised heating may have been induced by the exothermic reaction caused by the use of polyurethane resin, or PUR, to consolidate the longwall  face and roof (pg 1275)

Mr Watkinson hypothesises that the use of PUR in the May campaign, particularly in the quantities involved, may have resulted in a localised heating event of sufficient intensity to ignite an explosive mixture of gas in the goaf  fringe.  It is proposed to examine this hypothesis in the course of the hearings

As a result, a face consolidation plan was authorised to drill and inject PUR from shields 97 to 132 using what were known as C holes. Those holes are at 2 metre spacings. The area therefore to be covered was about 70 metres. The C holes were 4.5 metres long with packers at 1.5 metres and there were two dowels to be inserted, but due to the angle of drilling those holes, the horizontal penetration into the face was 3.9 metres (pg 1305)

That means that given there had been 10 shears or thereabouts conducted, during the downtime commencing on 4 May the coal in the roof above the shields that was injected with PUR would have either been directly above the shields or would have been in a position to cave into the goaf immediately behind them

The period of inactivity would have prevented any PUR that had fallen behind the shields from being buried deep into the goaf by the caving process as the longwall retreated.

Now, the significance of the use of PUR with its exothermic qualities in the fashion employed at the mine was pointed out in technical expert reports given to Grosvenor mine in 2014 and again in 2019. The reports adverted to the risk of PUR heating coal to temperatures such as to substantially accelerate a further increase in temperature from the self-heating properties of the coal, potentially initiating a spontaneous combustion event.

In 2014, there were samples taken from boreholes at a depth of 187 metres, so not from longwall 104, but they were assessed as having low intrinsic spontaneous combustion reactivity, but the author of the report, Dr Beamish, from whom it’s likely the Board will hear, said – this is 2014:

This is when the coal comes into contact with an external heat source, such as  occurring compound (for example PUR). Under these circumstances the temperature of the coal may be artificially raised beyond the point where the natural inhibition from moisture and mineral matter in the coal is overcome and thermal runaway prevails.

This can be seen from the results of a step-heat test … applied to a sample from Grosvenor mine to obtain the relative ignition temperature value. Where this situation is likely to be present, vigilant gas monitoring should be adopted to identify the presence of any elevated temperature in the coal using indicator gas trends. (pg 1307)

Now, the same warning was repeated in another report by Dr Beamish in 2019, and this was a report to Anglo concerning the testing of samples of coal from longwall 103 for spontaneous combustion potential

In that report, Dr Beamish advised:

For the samples from 103MG 25CT at a mine ambient temperature of approximately 45 degrees C, incubation to thermal runaway is not possible in any practical time frame. However, if the coal comes into contact with an external heat source for a period of time, self-heating to thermal runaway is possible. (pg 1308)

The Board will see a graph where the test results showed how, after the effluxion of sufficient time, coal heated to 100 degrees Celsius would thermally run away.

Coal samples from the middle and lower portions of the

Goonyella Middle seam responded in a particular way when 7 subjected to what Dr Beamish referred to as step heating.

Dr Beamish’s draft report referred to a 2009 paper by David Cliff, amongst others, where the authors summarised the factors that influenced the developing of a coal 12    One of those was said to be this:  :

The amount and nature of coal left in the goaf: This relates to a critical pile thickness needed for the coal to insulate itself and prevent heat losses as well as the particle size distribution of the coal which will affect the rate at which the oxidisation reaction can take place.

There is nothing novel in the proposition that poses a genuine risk of facilitating spontaneous combustion when injected into coal.

On 13 December 1986 a fire occurred at the longwall face at West Cliff mine situated near Appin, New South Wales, after PUR was pumped into a roof cavity. 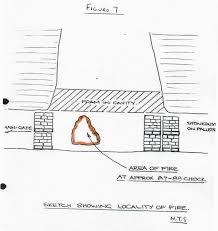 At Pike River mine on 30 November 2010, PUR used to seal the  mine portal 11 days after the initial event caught fire, significantly disrupting the sealing process.

Whilst those events involved the self-ignition of PUR rather than coal, the potential of the product to generate heat in proximity to coal that is prone to spontaneously combust when heated raises obvious concerns.

The risk assessment for explosions identified the chemical energy provided by an exothermic reaction as a potential source of ignition, and the control measures relevantly were identified as being the use of polymeric chemicals hazard management plan and standard work instructions, original equipment manufacturer standards including maximum allowable use limits, statutory inspection regimes, ChemAlert and standard operating procedures for hazardous substance approval processes.

The risk analysis for the use of polymeric chemicals for strata control and sealing that was issued on 17 February 2020 noted the exothermic reaction and asserted that, “to minimise the potential for fire, fire retardants are added, and restrictions have been placed on quantity of PUR to inject per hole. A number of controls was specified in relation to “self-generated fire of resin”.

Andrew Self, from whom the Board will hear, is a mining engineer with a first class certificate of competency. He has 30 years’ experience in the industry and since 1990 has been a consultant in Australia and overseas

His areas of expertise include ventilation, spontaneous combustion, gas management and explosions.

Mr Self’s analysis of the event that led to the explosion is that it was a sudden one, as exemplified by the near-instantaneous increase in methane levels at the sensor on the underside of the roof of shield 149 at the tailgate

In his view, the pressure events are best explained by a goaf fall and then an ignition as a result of a localised spontaneous combustion event.  He regards the PUR theory as credible.

Over Pressure Effects on Humans

Grosvenor Inquiry Submission. Whether the risk of Spontaneous Combustion posed by the density of the goaf drainage wells was addressed sufficiently if at all?