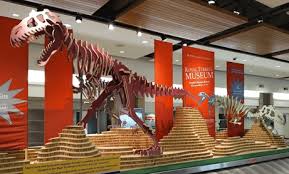 We’ve all had bad software experiences. However, at one of my jobs, our corporate email client of choice was Lotus Notes. And until you’ve used Lotus Notes, you haven’t truly experienced bad software. It is death by a thousand tiny annoyances — the digital equivalent of being kicked in the groin upon arrival at work every day.

Lotus Notes is a trainwreck of epic (enterprise?) proportions, but it might be worth studying to learn what not to do when developing software

Q. Am I right in thinking that at the time, there was no functionality in the departmental database on Lotus Notes that would pick up repeated occurrences of the same type?

Q. And flag them?

Q. Has that been changed now?

Well I am now very glad I never became a Computer Programmer.

Having to take on a 12 year continuous slog to get a computer program first release in 1989, bought by IBM in 1995 and discontinued in March 2013 to interact with anything else used today would be tough indeed.

When the 1999 Act was introduced the newest program available was Windows 98.

It is the equivalent of trying to do a Jurassic Park Style resurrection of the T-Rex.

Then again that would be 12 years of straight employment

Until Notes came along, PCs were personal productivity tools, with the majority of uses being spreadsheets, word processing and presentations. Notes created a social use for personal computers and enabled teams of people, spread across geographies, to communicate, collaborate and share information in a way which was not possible previously

.Notes was a precursor to both the web and social media,” says Laube. “It was all about easily publishing and sharing information in a managed way suited to business use. It is the ease of management and the ability to control information access within Notes securely which allowed its rapid adoption by business.” Laube reminded me that back then, information security was barely recognized as necessary by IT departments.

As the web took over the software world, Notes became more of an anachronism, and more nimble solutions (including one product called Nimble, btw) became more attractive to corporate software developers

That the QMI upgrade its Lotus Notes database to enable more accurate and standardised recording of requests for action below the level of directives.

DME agreed, and also advised that its Lotus Notes database will be upgraded to allow easy tracking of compliance with directives and substandard condition or practice notices. A dedicated programmer has been employed to undertake this (and other) upgrade tasks.

https://www.dailymercury.com.au/news/workers-concerns-about-grosvenor-sometimes-ignored/4233375/ A miner injured in the Grosvenor blast has told an inquiry into the disaster…

Grosvenor Inquiry. Information and RSHQ Inspectors Statements available to the Inquiry that was not tendered as evidence and has not been made public

There are major deficiencies in the Grosvenor Inquiry Process in my view. Firstly there is…

One mandatory action was identified and a further 3 recommendations from Gas Management audit at Grosvenor Mine from 17 April to 19 April 2018.